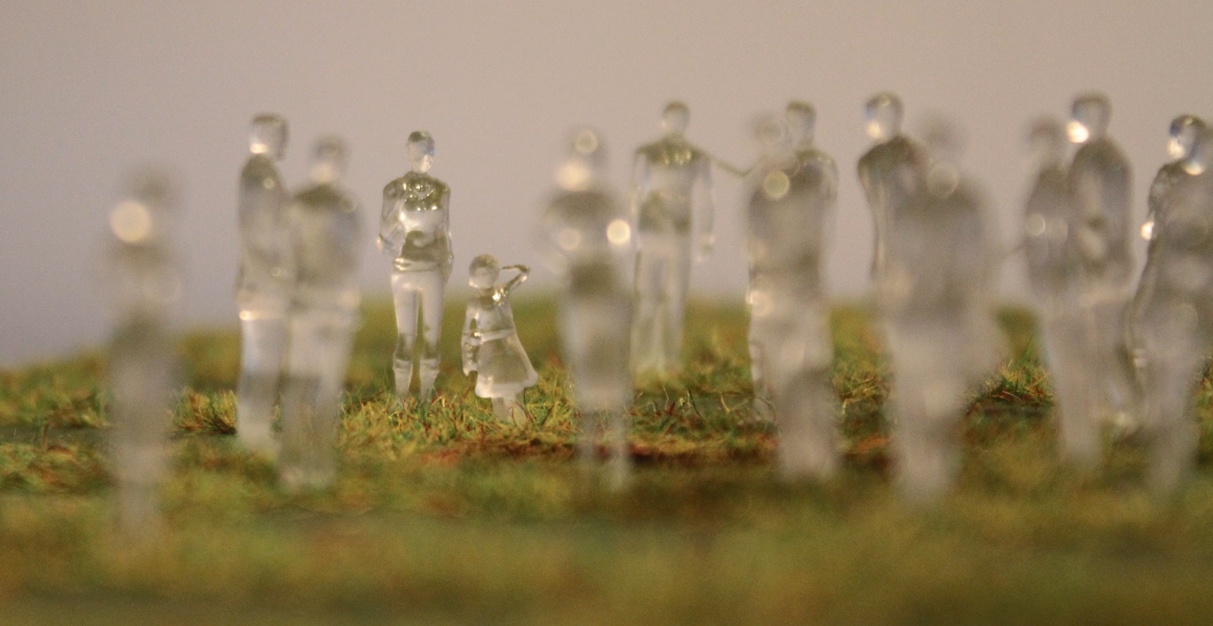 Claudius Lünstedt is a German dramaturge who has been selected by the Fabulamundi Playwriting Europe network, a collaborative project involving theatres, festivals and cultural organizations that seeks to support, promote and spread contemporary drama across Europe.
Dialoghi has invited Claudius Lünstedt to put one of his most recent pieces to the test in Italy: Guerrieri in gelatina. This has been made possible thanks to the translation by Sonia Antinori for Fabulamundi and the collaboration organised at Dialoghi _ residencies for the performing arts between the playwright, the director Giuliano Scarpinato and three actors - Michele Degirolamo, Federico Brugnone, Giulia Rupi.  During the residency at Villa Manin, this team will work together on the text to explore the possibility of its first Italian performance.

Warriors in gelatine is the story of three young people united by a terrible and unconditional desire to make something of themselves, three monologues that simultaneously complete and contradict each other, until they finally condense into a crime. Using powerful and fragmented language, Warriors in gelatine penetrates into the thoughts and actions of the characters, examining what is going on in the heads of Mervin, Martin and Katrin, right up to the unexpected ending. The story is characterized by an intimate writing that shuns any form of dialogue, the only conversations are those that each of the three characters have with their own inner world. The piece uses an open dramaturgical structure with multiple perspectives. There are no punctuation marks, and sentences seem to be engulfed by a continuous flow of consciousness.

Claudius Lünstedt was born in Munich. He graduated in dramaturgy at the Felix Mendelssohn Bartholdy University of Music and Theatre in Leipzig. He completed his degree in D.E.T.S. (direction, dramaturgy, scenography) at the New Sorbonne University (Paris III), and specialized in theatrical writing at the Bayrische Theaterakademie in Munich under the direction of Tankred Dorst. Since 2003, more than two dozen of his plays have been performed and published by the Verlag der Autoren publishing house (Frankfurt / Main). Premiers of his pieces have been performed in Vienna, Berlin, Nuremberg and Dresden. He has been recognised with numerous awards, including the Else-Lasker-Schüler prize, the Lenz Prize for the city of Jena, the Niederländisch-Deutscher Jugenddramatik Award and the Golden Mask Award for his libretto " Franziskus ", which premiered at the Bolshoi Theater in Moscow in 2012. In addition to his teaching at the Berlin University of the Arts on the theatrical writing course, Claudius Lünstedt also teaches at the Institute for Theatre Studies at the Freie Universität in Berlin. He also works as a consultant for the International Forum of New Cinema for the Berlinale and translates plays from French.